Gardens, Kilts, and Dancing.. Oh my! 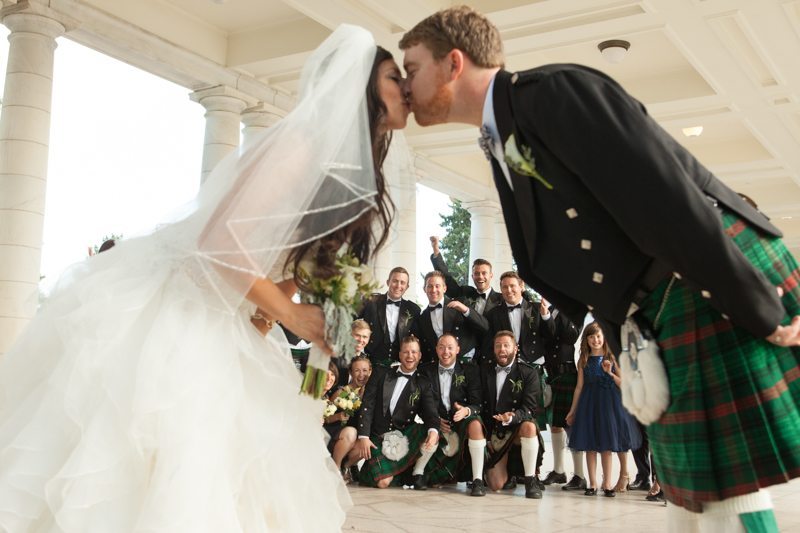 One of the more interesting weddings we’ve recently had the pleasure of being a part of was on a hot September day. I had the chance to photograph the wedding of two of the nicest and most calm couples I’ve run into in a while. I had spoken to April several times before the day about the schedule on the day of the wedding. I also checked to see if there were any photos she liked or anything else I could do to help her day go as smoothly as possible. Many brides I work with have lots of photos they like the look of, and want similar looking shots. Or lots of brides are very stressed out in their demeanor with worries that the day will not be smooth sailing… Not April! These two were very calm and carried themselves as though they knew they were not only perfect for one another, but that the day would be a perfect day.

I met April and her bridal party at the University Club in downtown Denver. This beautiful, old building had been a private club for many years and I’m sure you had to know someone to get access. After some prep shots, April presented her sister with a gift before the wedding. Weddings bring out so much emotion in people and I am fortunate to be able to capture these feelings in an image. That is what makes photography such a powerful medium, that timeless moment captured. After the prep shots and a group shot of the bridal party, I followed the brides and their speeding limo to the Hudson Gardens in Littleton. The ceremony was set for 1 pm, which on a sunny day, can be a difficult time to take pictures. The second shooter and myself were obviously prepared to shoot at this time of the day. A large number of guests (close to 200) and the biggest bridal party I had ever seen (28 including ushers, flower girls, and ring bearer,) were on hand to witness heartfelt vows, songs sung by best friends, and two wonderful people joining in marriage.

After the ceremony, we took some family portraits near the altar, but I knew that the good portraits would follow when we moved to Cheesman Park. So we all headed that way… Cheesman Park is a beautiful park south of downtown Denver. It offers scenic views of the downtown skyline, with covered structures surrounded by stunning pillars. Cheesman Park tends to be a very crowded place though with other people taking photos at the same time. After all the bridal party had arrived, we found an area that was not as saturated with people and got to have some fun. The bridal party was not shy and let loose in the photos, including a couple shots of some groomsmen raising their kilts at the moment the shutter clicked. (Don’t worry those didn’t make my edit.) After finishing with the bridal party, we cut them loose and the second shooter and myself got to have some fun photographing just April and Ian. A photogenic couple, it was not hard to get them to look comfortable, happy, and in love.

We ended the evening back where we began, at the University Club. The reception was held there and as the large group of family and friends settled in we were treated to a night of great stories by bridesmaids and groomsmen, a packed dance floor lead by Tony at Soundmaster Entertainment, smedenver.com, and the cutting of the Denver Broncos cake. I left this wedding exhausted due to all the people and events to capture, but I was truly blessed to have had the chance to not only photograph but to meet these two people and give them photos they will have for a lifetime. 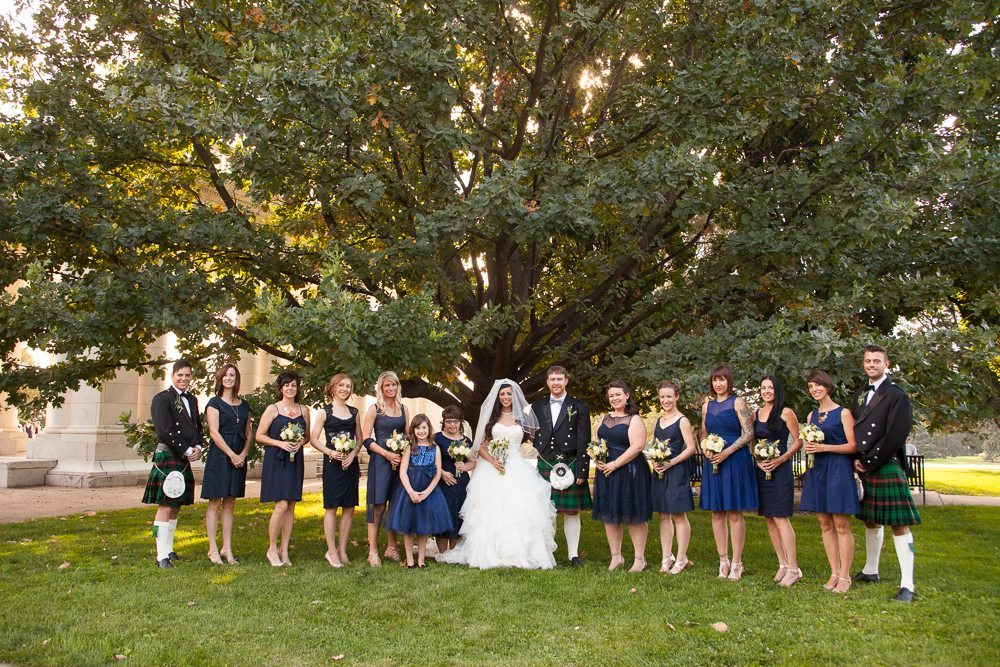